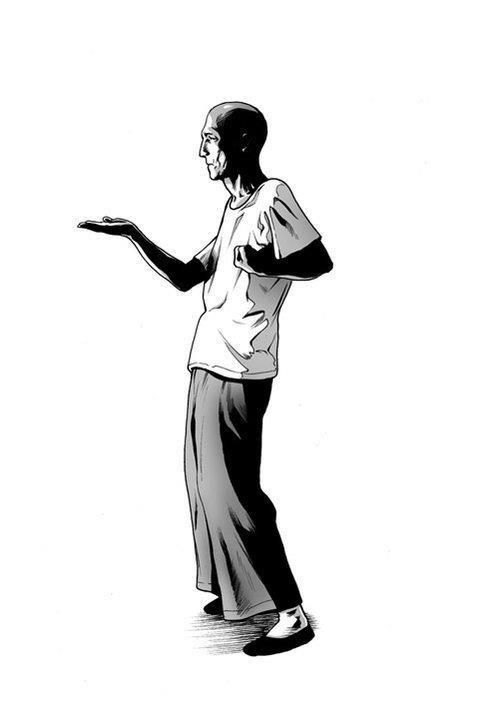 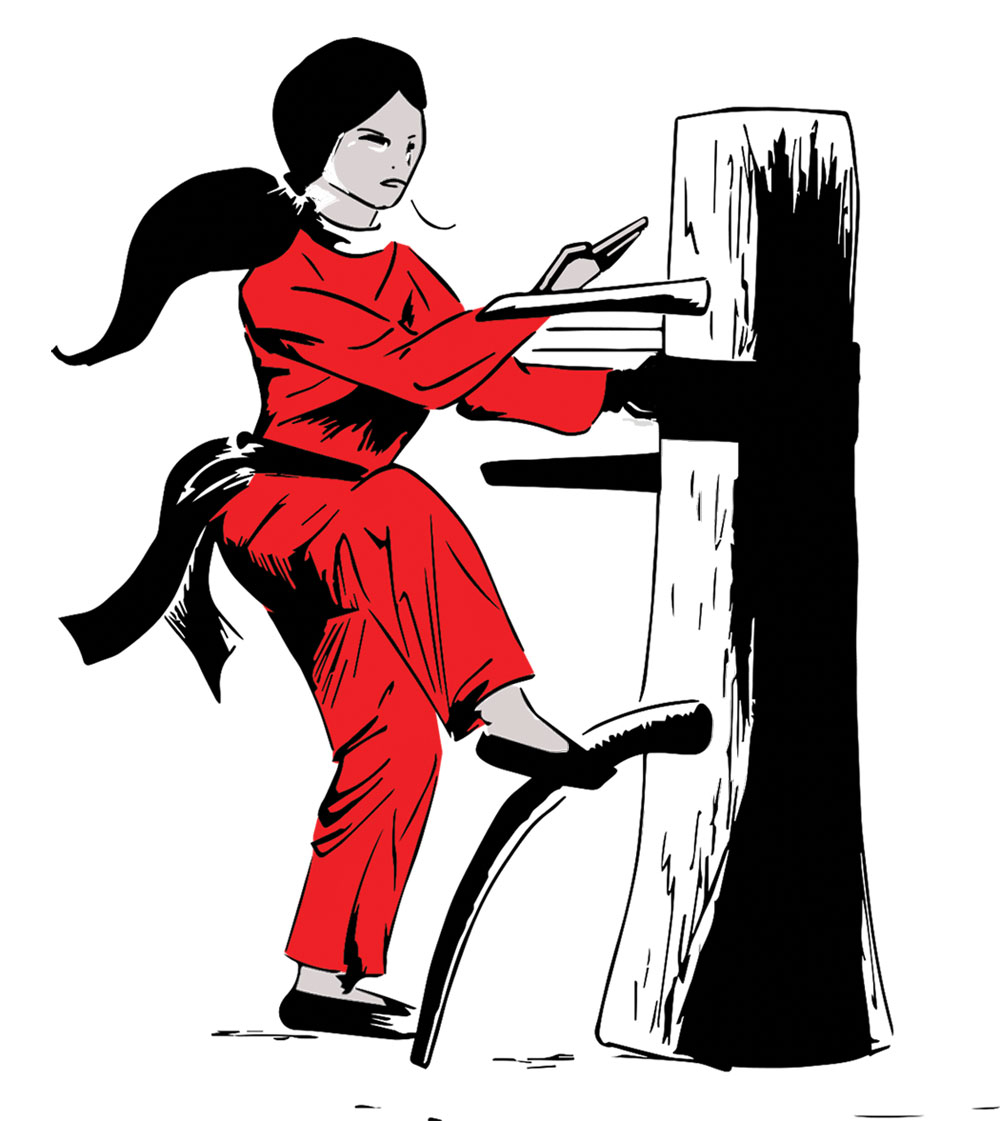 Siu Lim Tao, translated as ‘the little idea’ form, is the Wing Chun style’s most basic form and therefore considered to be the most important. The reason for this is that foundation building in any structure is essential if our skills are to stand or fall. Only with firm foundation and understanding of the basics will the skill in future Wing Chun training have any depth.

One of the most important features of the Siu Lim Tao is the stance known as the Yee Jee Kim Yeung Ma, translated as ‘character two abducting goat stance’, which is held throughout the performance of the form. The ‘three seeds’ of Wing Chun, Bong Sau, Tan Sau and Fook Sau, are incorporated using this form.

Chum translates as search or ‘to seek’, and Kiu has the meaning bridge, Kiu Sau therefore has the meaning ‘Bridge Hand’. Knowing how to deal with an opponent’s bridges ( arms ) is needed, hence the Chi Sau training which trains sensitivity which is seriously required at this stage. The heart of the Chum Kiu form is ‘Yiu Ma Hap Lap’, translated as ‘waist power co-operation’, either in deflecting or returning force.

Biu Jee, translated as ‘darting fingers’, gives the understanding of a fierce and deadly art form, and this is true. Although this art form is now openly taught in many Wing Chun schools around the world ( but not in all ), it was, back in the days of old, taught to those “inside the door”, meaning it wasn’t taught freely to any student. The Wing Chun School strikes the balance – Biu Jee is part of the curriculum, as the complete system is taught. However, a responsibility is on our instructors not to give a loaded weapon to someone not mature enough to handle it.

One of Wing Chun’s most famous training apparatus. Frequently, seen in many Wing Chun movies such as the IP Man movie starring Donnie Yen. The wooden dummy is your training partner that doesn’t get tired. The development areas here teach you the correct hand positions, foot positions and angles. Furthermore, once this level is attained you can then learn to  strike the dummy correctly and condition your body weapons. Your natural weapons such as your knuckles and palm strikes.  Footwork plays a big part, knowing how to step and when to time that step with strikes.

Chi sao or often referred to as ‘sticking hands’ is a Wing Chun training method that enables the practitioner to develop sensitivity. This sensitivity connects through the arms, however, it also travels and links to various joints of the body. On the outside, it may look like two people waving their hands together.

However, do not let the arms deceive you because the forward energy is generated by the whole body.  The three ‘seeds’ of Wing Chun come into play, Bong sao, Tan sao and Fook sao.  These form a crucial part of the foundation and once the fundamentals are attained, the practitioner can now ‘play’. What does that mean? It means they can express themselves through techniques using concepts and principals. One thing to note, this form of training is not fighting, but it can develop skills that can be used to fight.

Bong Lap Sao Chi Sao – The first type that you learn.  The momentum or ‘roll’ as many Wing Chun Practitioners call it, is based on a Bong Sao (helping hand) in conjunction with Wu Sao (Protecting hand), followed by a Lap Sao (Grappling hand).  It focuses on the basic key fundamentals such as keeping your elbows in, center line positioning and expression of correct technique.

Dan Chi Sao – Known as Single Sticking Hands.  The ‘Dan’ translated in Chinese is the same as booking a ‘single’ room in a hotel.  It isolates one arm per time with the majority of the training maintaining the hands in constant contact, hence ‘sticking’.  The three seeds of Wing Chun namely Bong Sao, Tan Sao and Fook Sao (which should have been planted by now) become further cultivated or ‘watered’ through this training method.

Pak Sao Chi Sao – Unique to the Wing Chun School family devised by my SiGung (Garry McKenzie) my Sifu’s, Sifu. Its purpose is to address the mid-range.  Wing Chun is very known for it’s close quarters combat, however, you need to get to that range first somehow.  It’s like having a great bow and arrow, but if you’re not in the right range, it won’t be effective.  Therefore, we mustn’t neglect the long and mid-ranges.  The ‘Man Sao’ or asking hand, Wu Sao and the ‘Pak Sao’ or clapping hand come into play even more.  The emphasis here is on the ‘touch and go’ reflexes and applying forward energy.

Poon Sao or Double Sticking Hands – The most commonly seen type of Chi Sao.  This is basically Dan Chi Sao or Single Sticking Hands, but now using two arms.  All Wing Chun techniques, concepts and principals can now be expressed through play.

When it comes to the Wing Chun weaponary, the standard of the Wing Chun practitioner becomes more apparent when you see how thay play their weapon forms. Like with padwork, you cannot hide behind the weapons. It becomes very clear when you can wield the pole or the pole wields you. A real Wing Chun pole is heavy. It does require strength and power. But, the right type. Playing the pole consistent to the system means using minimal and direct movements. Increased power is achieved through body unity combined with relaxation.

Baat Jaarm Dou Faat translates as ‘eight chopping knives technique’, and not ‘butterfly knives technique’ as some have translated it, butterfly knives meaning Wuu Dip Dou. This advanced knives form is called ‘eight chopping knives technique’ because really the weapons are ‘choppers’ – they chop. There are eight sections to this form, and eight methods in the form to utilise the weapon. Many of the movements found in the Baat Jaarm Dou Faat comes from the boxing set – Tou Kuen, i.e Gan Sau becomes Gan Dou, Kwun Sau becomes Kwun Dou, etc 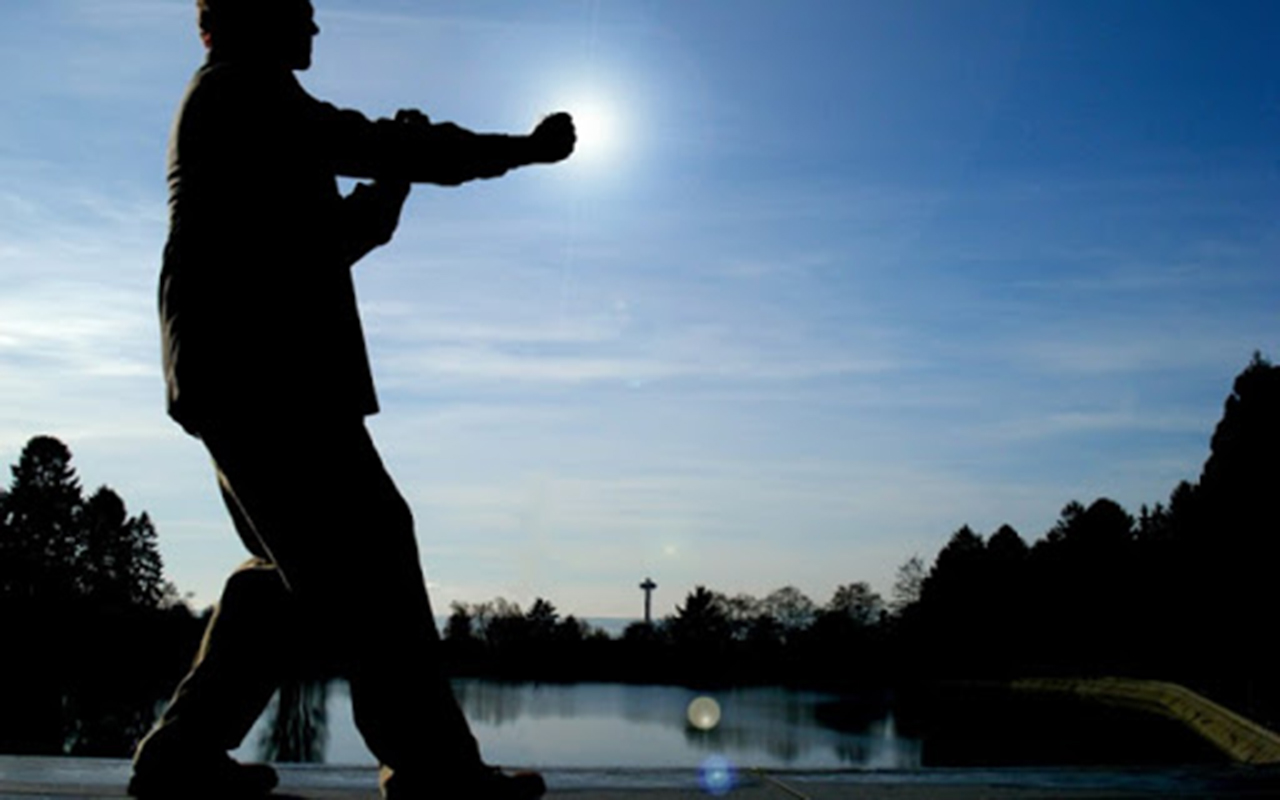